Hunton has had an award-winning Co-Ed Softball team for many years.  These are friendly games with other teams in the competitive division of the Richmond Metro League. Games are usually held on Thursday nights (mid-April thru July).

** Hunton finished the 2021 season in second place during the regular season with a 13-4 record, and lost to a combined team of SOGO #1 and SOGO #2 in the playoffs.

Congratulations to the 2021 team!!

"It's not just the record that makes it successful, it's the fellowship that we are allowed to have every week."- Coach Joe Truslow 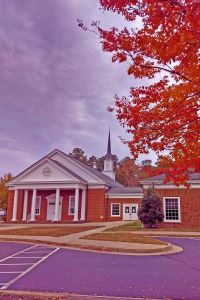